For decades Stax has designed and manufactured electrostatic energisers, to complement their fine range of electrostatic Earspeakers. 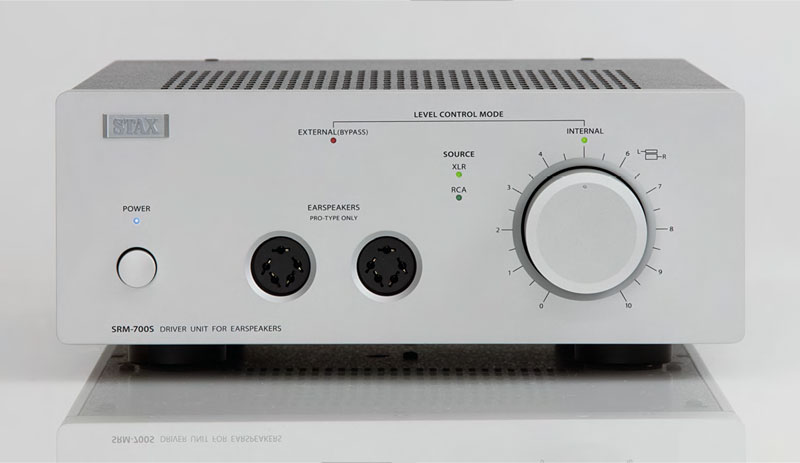 During this period, timeless designs like the SRM-T1, SRM-T1S, SRM-T2 and SRM-T8000 have established themselves as first class energisers. Driving Stax electrostatic Earspeakers to new levels of performance.

We are delighted to announce the new SRM-700S. This new energiser utilises the latest thinking from Stax engineers. The SRM-700S is a direct coupled pure Class A design.

A new custom made low-noise dual FET input stage has been developed, from the ground up. For the first time in Stax history a J-FET has been employed in the second stage. The output of the J-FET is excellent in low noise amplification. As well as providing a large current emitter follower circuit, which brings out the full performance of the Earspeaker.

This duet of Stax products represents the current pinnacle of performance from the brand, and to many might be the best in personal audio replay. For years, Stax Earspeakers and Energisers were the only electrostatic headphone/amplifier system available, and they still represent the most valuable player in that sector of personal audio. For good reason, too; the SR-009S Earspeaker improves on the SR-009 flagship with a new ultra-thin diphragm, improved stators and a redesigned body shell. Meanwhile the matching SRM-T8000 flagship Energiser swaps from FET-input and valve output in previous top Energisers to a pair of 6922 valves in the input and a solid-state output stage. 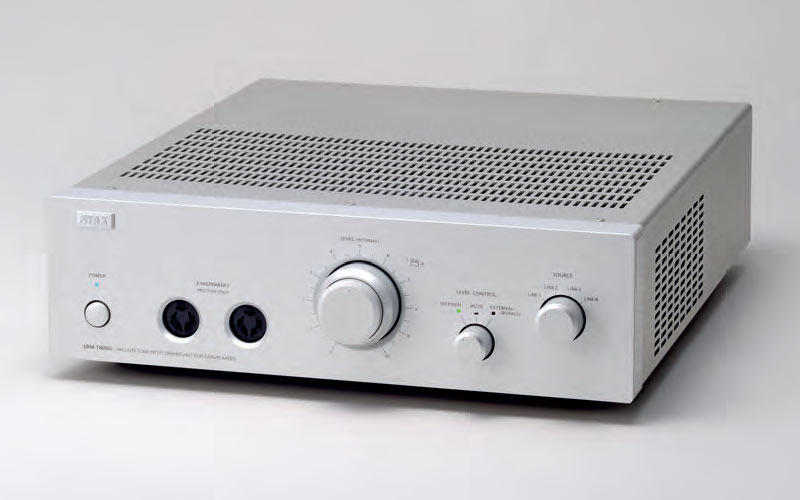 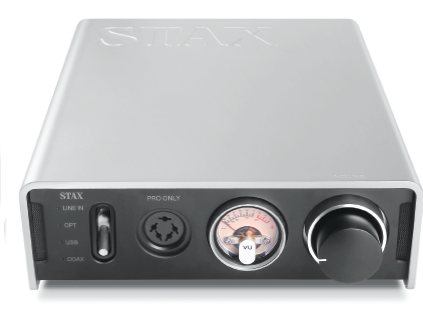 Exquisitely built The entire chassis is made from Aluminium reducing the effects of magnetic interference. The SRM-D50 features a one piece wrap round lid. This lid goes through several processes to achieve a smooth velvet feel. The Stax logo is engraved into the top of the lid. 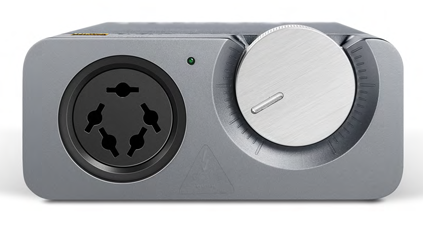 Precision machined from solid billets of aluminium, the two-piece case of the SRM-D10 goes through multiple processes to ensure a smooth luxury velvet feel. Fit and finish, like all Stax products is superb and with its striking industrial design, SRM-D10 is a piece you won't want to hide away. At 141mm wide, 75mm deep and 32mm high, the SRM-D10 is also truly compact.

On the digital side, the SRM-D10 uses XMOS USB interface support for DSD 5.6MHz signal playback and PCM audio with up to 384KHz sample rate.

It would not be a stretch to call Stax “the ?rst audiophile headphone.” Back when almost all other full-sized headphones were using dynamic drivers, Stax had already established itself as preeminent by using planar-electrostatic technology exclusively. Nowadays, however, audiophiles have their choice of planar designs from many other manufacturers at lower prices. Consequently, Stax needed an earspeaker in a more affordable package, so it developed the SR-L700 ($1400). Unlike most headphones all Stax electrostatic earspeakers use special dedicated ampli?ers to drive them, which increases the cost of a Stax system proportionately. (Combined with the SRM-007tII drive unit, an SR-L700 system runs $3650.) 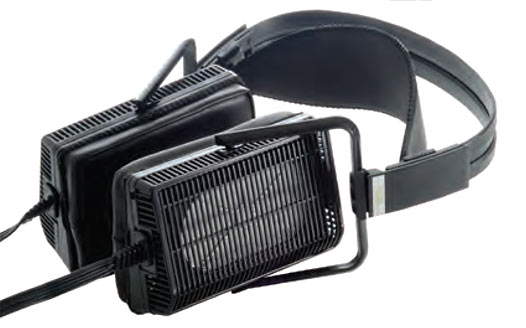 The SR-L700 utilizes the same “sound element” developed originally for the ?agship SR-009. Stax calls this new ultra-thin polymer material “super-engineering plastics.” This Stax transducer also uses a special electrode scheme, which Stax named MLER (multilayer electrodes). The company’s intention was to create a thinner, lighter, stronger diaphragm material coupled with a thinner, lighter, and more powerful electrode array, and it has succeeded on both counts.

Where the SR-L700 differs from the SR-009 is that instead of the round enclosure featured on that model, the SR-L700 uses the traditionally shaped Stax Lambda Pro rectangular enclosure, headband, yoke, and earpads. A manufacturer could assemble the ?nest-sounding personal transducer ever made but if it doesn’t ?t well, it’s sure to be a failure. The Stax Lambda Series has long been considered among the most comfortable headphone designs ever devised, and the SR-L700 continues this tradition.

The SR-L700, like almost all Stax earspeakers, is an open-back unit. That means it is intended for private listening at home in a quiet environment. If you need isolation and portability, the SR-L700 is not your best option.

Unfortunately, this review got off to a bad start. You see, this was supposed to be a review of a system sporting the new Stax SR-L700, the SR-009-derived new electrostatic ‘earspeaker’. But that was ‘Damaged In Transit’. Of course, when you actually saw the damage to the SR-L700, you started to wonder precisely where ‘In Transit’ – ISIS-held Iraq, perhaps? 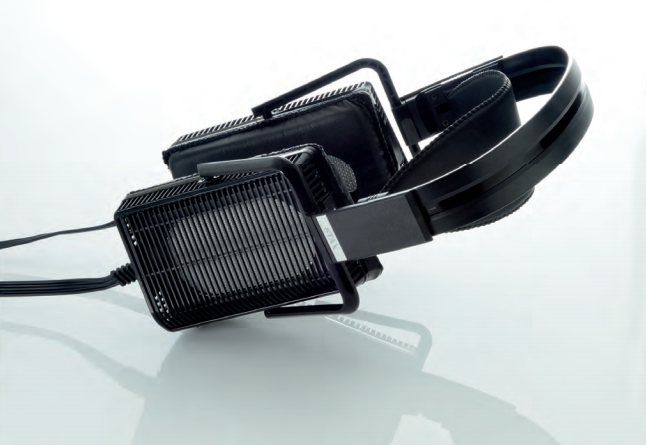 Regardless, the box of parts and shrapnel that used to be a very nice electostatic headphone system was clearly not going to work, and a replacement wasn’t available in time, so the new entry-level SRS-5100 system, comprising a set of SR-L500 earspeakers with matching SRM-353X energiser, was provided as an alternative.

This is the First Stax moment. The SRS-5100 undercuts practically everything made by the company to date. Both products combine to represent the first step into the world of electrostatic ‘earspeaker’ performance: you would struggle to get cheaper without ploughing through older second-hand equipment (or the rare, battery-powered portable model from the brand), and it gives you more than just a taste of what electrostats can do. And, on balance, I’d rather have a pair of these than a well-used set of older Lambda models or a ‘beater’ energiser from decades ago. In short, this duo is the gateway drug to a cleaner world of audio.

Where the L700 draws its inspiration (and a lot of its technology) from the SR-009 flagship, the SR-L500 is in essence a highly evolved SR-507, itself a 21st Century development of the SR Lambda. The apple hasn’t fallen far from the tree, however. The main changes between the SR-507 and SR-L500 are a redesigned outer housing (this hasn’t changed since the original model back 36 years ago), the angle of the transducer has been revised, and the original cable has been replaced with new HiFC cables.

All in Your Head 'The bass response is deeper than you might expect and wonderfully full and textured at the same time'.

Last year, I was delighted to become a father for the first time. While I've generally found the whole experience to be brilliant, there's no escaping the fact I have less time to listen to music. When I do get the chance, I'm often pushed towards using headphones to keep the noise down. I don't begrudge this – I have access to some excellent headphones and I know that this isn't forever. We have already touched upon the Stax SR-009. Our Publisher, Chris Martens, has a great deal of respect for the product, both when it is driven by Stax 'energisers' (Stax-speak for electrostatic headphone amplifiers) and especially thirdparty electrostatic amps. But, the audiophile is an odd breed, and Chris' passion for high-end headphones and earphones can sometimes be met with a simple dismissal by those still wedded to their loudspeakers. But in real terms where does the Stax SR-009 (accompanied this time by the SRM-007tII energiser) stand in relation to the wider audiophile world? Leaving aside the sorry play-on-words of calling any changes in audio a "quiet revolution," we are in the midst of another phase in the ascent of headphones. I don't know if actual numbers exist, but I doubt anyone would contest the notion that currently, more people listen to music via headphones than speakers.

The upside is the spread of general privacy -- hence the "quiet revolution" suitability. Honestly, when were you last disturbed by some schmuck walking past with a boombox at full tilt? What has emerged over the last two or three years, since Beats convinced the Great Unwashed that on- or over-ear headphones sound better than earbuds, is a new hierarchy at the highest end of the audio spectrum, while we're also seeing a raft of new contenders in the general headphone arena, say, sub-$400.