My history with HiFi component racks is perhaps most closely matched to that of my quest to understand and learn HiFi cable design and theory, neither of which, might I add, were something I really paid much attention to when first I spelunked into this HiFi journey. Frankly, the allure of cables or racks never really reached boiling point until I had my first real high-end HiFi, ca. 2003. Fast forward a decade-ish and a year here or there, and we arrive at today’s state of the union at chez K: indeed, HiFi racks (and cables) should not only be given mandatory considerations when choosing your HiFi, they in fact, ought to be valued as part of the component list in first place. 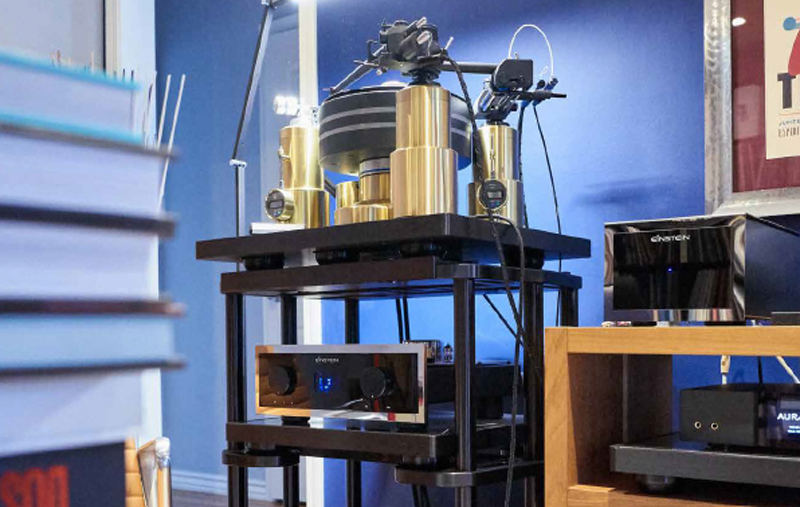 Following my decade plus experiences with different types of racks ranging from solid steel to wood to carbon fiber, to acrylic to some combination thereof, I always felt that even as some of these racks produced audible benefits, they all somewhat missed the mark as a genuine solution, whereby solution implies that said rack system would allow for easy changes, adjustments or extensions (say from a single wide triple height to a double wide, etc.). In reality, none of the racks I had ever used made this easy or even possible. You can’t take a wood rack to a carpenter and have it reconfigured; adjusting a purpose-built steel rack requires more than just loosening a bolt here or there; and carbon fiber? Well, let’s leave that for another day.

HRS was a company I had been admiring for some time: watching Mike Latvis work his HiFi show magic and always seeing HRS associated with only the best sounding of systems, I knew instinctively that he was on to something. When, a few years later, I purchased an HRS M3X base for my Brinkmann Balance, a combination that Helmut Brinkmann has been raving over for as long as I can remember, it became very clear that Mike Latvis and his team had indeed developed something very special. In fact, it was the first purpose-built base which had completely eliminated footfall and feedback loops I had been having major issues with in my home. Having tried just about everything from vibration absorption cups to isolation devices to other bases, I grew frustrated since none of them seemed to work. The HRS M3X? Completely eliminated the problem. No, seriously. Immediately following this literal revelation, I had purchased M3X bases for all of my other components and even though I was using these without an HRS rack, the sound profited tremendously from just the base upgrades. No matter the component, including various digital and analog sources, all benefited from a dramatically lowered noise floor, better dynamics; I was smitten indeed. The combination of M3X and my solid wood based, built in Germany, Tabula Rasa rack seemed to do the trick.