Blame the Technics SL1200. Back in the early nine-teen seventies, when this deck was first released, it might has well have been from an alien civilisation, such were its measurements. The dif-ference between it and your average wobbly belt drive or noisy idler drive were like night and day, in terms of its wow and flutter and signal to noise ratio. 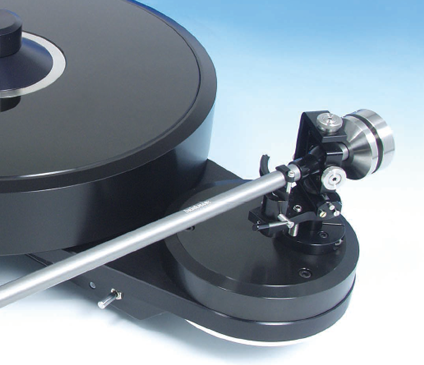 Unsurprisingly (and as I remark in my column), Matsushita decided to celebrate this (well, you would, wouldn’t you) and began the trend adopted by Japanese manufacturers of the day to sell their hi-fi by its specification. Be it Watts per channel or damping factor, the big Nipponese names obsessed about their products’ measured performance, and tried to get the British buying public to join in too. Well, a deck with 0.03% WRMS wow and flutter simply had to be better than a Brit belt drive with 0.07%, didn’t it?

The answer of course was no. For whilst by the end of the nineteen seventies the Japanese were able to produce quartz-locked direct drives for their music centres that outperformed a Linn LP12 in terms of its absolute speed stability, this emphatically did not mean it had then to sound better. In the same way that jitter is a good thing to banish from your digital replay chain but isn’t the beginning and the end of the subject of digital sound quality, so low turntable wow and flutter was desirable but not the final guarantor of serious sound.

The British press rather fixated on this point, in my view. Indeed, it was almost as if, counterin-tuitively, it was good for a turntable to be belt drive because “they sound better”, despite invariably measuring worse. Such was the climate of the day that they made direct drive out to be the province of cheap, mass produced Japanese turntables, unlike their beloved belt drive Linns, Aristons, Dunlops and Regas. In Britain, thanks to its press’s prosely-tising, belt drive was good and direct drive was bad.

It’s taken a long time for us to get over this conceit. Visit Japan of course and there was never such a view; high end Japanese direct drives were as routine in broadcast studios or audiophiles homes as Toyota Century limousines were at the Imperial Palace. Things are changing in the UK now however, and I think people are beginning to see that in many ways direct drive is the intellec-tually correct way of spinning a turntable platter - providing (and this is a big ‘if’) it’s done properly.