Retired audio reviewers should be able to turn a healthy living as landscape gardeners, judging from the frequency with which we are accused of creating mountains out of molehills. Well, sharpen your quills all you audio cynics out there, ‘cos here comes Everest, and it’s only got one control knob! 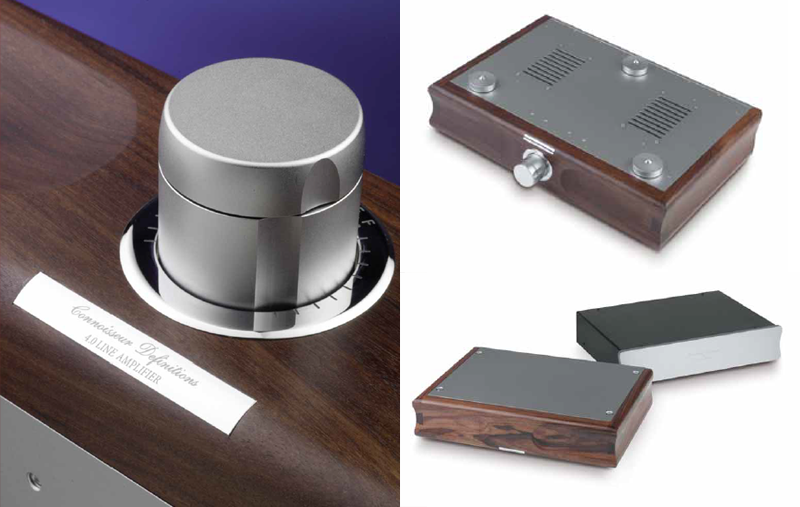 Despite its rarity (rarely seen and never reviewed outside of its native Japan), modest stature and stratospheric pricing, the various incarnations and developments of Petr Mares’ original circuit have held a near legendary fascination for show watchers and the audio cognoscenti.

The 4.0 is the latest (and by a fair way the cheapest) version of the Connoisseur, yet it never failed to drop the jaw of even the most hardened listener and music lover. People who have seen and heard it all were routinely stopped in their tracks, such is the mind-boggling superiority and horizon expanding potential of this product. And everybody wanted it – badly.

If you are lucky enough to get to hear the 4.0 and you want a simple introduction to its capabilities, just play something you know really well. ake the Stan Getz and Charlie Byrd Jazz Samba (Verve V6-84320) with its almost cliched opening on the first track ‘Desafinado’. There’s that familiar bass ine, but suddenly it’s taken on a sinuous, convoluting quality that ripples beneath the locked beat of the insistent percussion, lifting and pushing against the constraints of the time frame, toying with, pushing but never breaking the self imposed rigidity of the rhythm.