Over the years, the Lyra line has been a mainstay in my stereo system. I’ve had everything from a Titan Mono to a Helikon to an Atlas. Each seemed to improve on the previous one, with the Atlas offering prodigious dynamics and bass slam. I remain quite smitten by the Atlas, which offers a healthy 0.56mV output and really brought to life big orchestral recordings with a vividness and immediacy that were difficult to resist. I knew Lyra had brought out an Etna cartridge that some preferred to the Atlas, but I wasn’t convinced I wanted to transfer my affections to it. 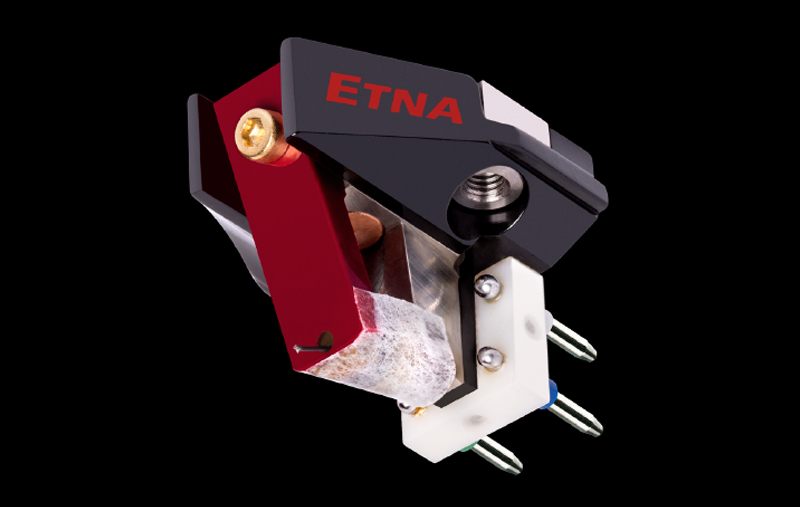 Then came word about a year ago that Lyra had come out with a super-low-output version of the Etna. Like the Atlas, the Etna uses a titanium center structure, but it also features an outer body constructed from aircraft-grade aluminum, which is supposed to help reduce vibrations. It’s a line contact stylus with a diamond-coated boron cantilever. I set the tracking force at 1.72 grams, as Lyra recommends.

The reduced windings and lower internal impedance of the Etna are supposed to improve resolution and detail, though a step-up transformer or phonostage capable of supplying sufficient gain are musts. Memories of the Helikon SL and its superior performance started to flit through my mind. How could I not take the Etna for a test drive? A few months ago a phone call ensued to importer Joe Harley of AudioQuest. A day later a spanking new Etna SL was on my doorstep. All that remained was to install it and break it in. Or so I thought.

The truth is that immediately upon installation the Etna SL mesmerized me, even before it had logged some real playing time. I plopped on an album of French trumpeter Maurice Andre and his brother Lionel playing Albinoni duo concertos on the Angel label. I have always adored this LP, which I procured as a lad at the late lamented National Record Mart—remember when record stores were ubiquitous?—in Pittsburgh, PA, but more for the music and the verve with which the Andres played than for the sonics. Nutty as it may sound, I’ve always been hoping that I could hear these tracks in their full glory, sans distortion and fuzziness. The Etna SL pulled it off. Brass is always treacherous to reproduce on LP—the explosiveness of the bore of trumpets seems often to engender a bit of haze and smearing—but the transient precision of the Etna SL was so accurate that it nailed the trumpets in each channel. There was also a blackness to the background and a creaminess to the midrange that seems to suppress noise while widening the dynamic envelope.