Lyra products inhabit a niche within a niche: they are all hand-built, low-volume pick-ups that, for nearly a generation now, have sold largely to devotees of the brand. The company’s house sound – if you can call it that – is a tantalising blend of delicacy, subtlety and finesse, with detail and drive aplenty. 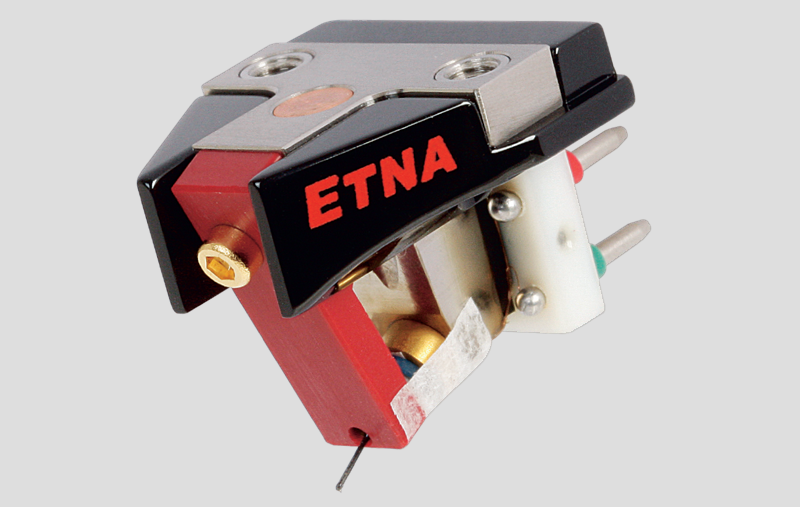 Its medium 9.2g bodyweight and remarkably low 1.72g recommended downforce suggest that it is compatible with most contemporary tonearms. The Etna SL is assembled onto a solid titanium core, with non-parallel surfaces to inhibit internal reflections. Its asymmetric duralumin outer body locks tightly over the core, and along with pressure-fit vibration control rods, is claimed to minimise any structural resonances. The Etna SL attempts to create a seamless connection between the cantilever assembly and tonearm headshell, where any resonance can be better dissipated.

Another distinctive feature involves the way the cantilever assembly is fitted directly into the titanium body structure. Both are shaped so that joining the two together creates a double-knife-edge fulcrum, which focuses pressure on the joint area and achieves a type of ‘cold weld’, says designer Jonathan Carr.

The coil array itself is X-shaped and employs 6N high-purity copper. While promising improved hannel separation, Lyra’s X-core coils are also configured for slightly higher output with less wire in the coils, and improving tracking performance.