When it comes to personal audio, the audiophile choice for the longest time has been Stax. The Japanese company has been making audio electronics since 1938, originally concentrating on cartridges and electrostatic tweeters. Stax has been making electrostatic ‘earspeakers’ since the SR-1 of 1960 and – although Stax continued to develop other audio products into the early 1990s – electrostatic headphones have been the brand’s primary focus for more than 50 years. Put this into perspective: Stax was making ‘earspeakers’ years before the designers of many of its rivals were born. 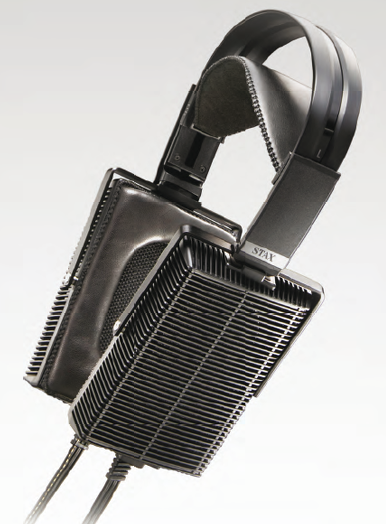 Of all the designs in the Stax back-catalogue, few can have been as distinctive or as successful as the SR-Lambda. Not as ‘out there’ as the SR-Sigma (which looked like you were wearing a pair of small loudspeakers, and perhaps the most legitimate reason why you can’t call a pair of Stax earspeakers ‘headphones’), the unique flat rectangular electrostatic block design is surprisingly comfortable and durable (it’s also arguably the ideal shape for an electrostatic panel). The SR-507 is a direct descendent of that 1979 design.

As an electrostatic driver energises the whole diaphragm surface uniformly, the original design concept was to give priority to the exact response to signals over rigidity – although greater rigidity makes the system less prone to environmental problems from high humidity or temperature (not necessarily a UK problem), older materials meant the benefits of a more robust assembly were often outweighed by increased resonance and reduced high and low frequency extension. However, the latest and best iteration of the Lambda, the SR-507 uses a new GRP shell, which gives the whole assembly more rigidity and robustness, because it is now coupled with a thinner diaphragm made of a new variant on Mylar, which is itself more robust than predecessors. All of which adds up to a design with even less resonance and distortion than its predecessors, which is saying a lot.

Elsewhere on the Stax SR-507, the connector cable is also now made from silver-plated high-purity PC-OCC copper, and the wide, flat spacing of the conductors also helps to lower capacitance. The new Lambda also features a more comfy headband, with more adjustment, goat skin cushions, and better moulded ear shapes for better pressure to the rear of the earspeaker.