Unfortunately, this review got off to a bad start. You see, this was supposed to be a review of a system sporting the new Stax SR-L700, the SR-009-derived new electrostatic ‘earspeaker’. But that was ‘Damaged In Transit’. Of course, when you actually saw the damage to the SR-L700, you started to wonder precisely where ‘In Transit’ – ISIS-held Iraq, perhaps? Regardless, the box of parts and shrapnel that used to be a very nice electostatic headphone system was clearly not going to work, and a replacement wasn’t available in time, so the new entry-level SRS-5100 system, comprising a set of SR-L500 earspeakers with matching SRM-353X energiser, was provided as an alternative. 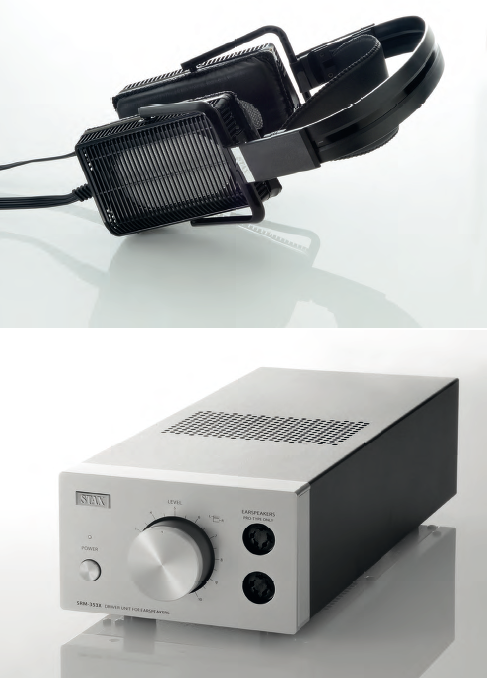 This is the First Stax moment. The SRS-5100 undercuts practically everything made by the company to date. Both products combine to represent the first step into the world of electrostatic ‘earspeaker’ performance: you would struggle to get cheaper without ploughing through older second-hand equipment (or the rare, battery-powered portable model from the brand), and it gives you more than just a taste of what electrostats can do. And, on balance, I’d rather have a pair of these than a well-used set of older Lambda models or a ‘beater’ energiser from decades ago. In short, this duo is the gateway drug to a cleaner world of audio.

Where the L700 draws its inspiration (and a lot of its technology) from the SR-009 flagship, the SR-L500 is in essence a highly evolved SR-507, itself a 21st Century development of the SR Lambda. The apple hasn’t fallen far from the tree, however. The main changes between the SR-507 and SR-L500 are a redesigned outer housing (this hasn’t changed since the original model back 36 years ago), the angle of the transducer has been revised, and the original cable has been replaced with new HiFC cables.

With something as well developed as the Lambda design, changing things is often tampering with things, so subtle evolution is a good thing. Which is why Stax is keeping the hand-selected thin-film diaphragm from the SR-507, but subtly changing the arc assembly it sits in. This is a more rigid, 10 click ‘fit and forget’ headband system that allows greater precision of set-up than its predecessor. It also stays in place far more than the older model. Similarly, the new artificial leather pads were designed to be more flexible than their predecessors, and the wider cable is said to lower the capacitance between each conductor strand compared to older models. The redesign also means the SR-L500 comes in at £200 less than the SR-507 model, and the fate of the older SR-507 seems sealed as a result.