My next stop was Lyra, a renowned Japanese cartridge manufacturer whose products are familiar to TAS readers. The company was founded and is run by Stig Bjorge, Managing Director and CEO, and Jonathan Carr, who heads design and engineering. Stig, who started his Japanese career by launching Ortofon Japan, kicked off our meeting by relating a tale that exemplifies the country’s conservative culture. 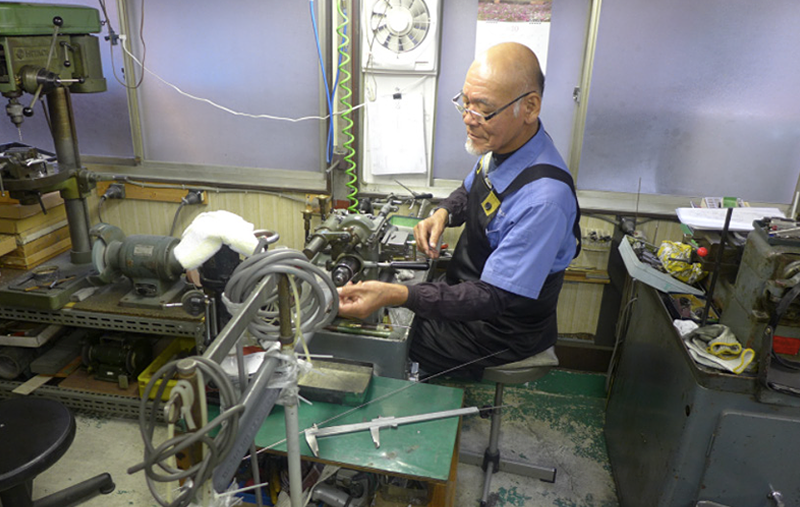 When Lyra entered the cartridge market as Scan-Tech in 1986 (the Lyra brand was launched in 1991), it understood that, as a newcomer, it had to honor and respect entrenched players. Lyra demonstrated this respect by treating the latter as “sensei,” which roughly translates to mentors. Lyra also took pains not to copy or overlap established products or designs. This last tactic wasn’t difficult, because Jonathan had a new and rather radical cartridge design in mind.

Initially, Lyra sought to cement long-term camaraderie by outsourcing the manufacture of its new cartridge to Supex. But that plan soon ran aground. Supex viewed Jonathan’s designs with wariness. As Jonathan explained to me, echoing some of Sheen’s themes, “the Japanese are meticulous, precise, and group-oriented. The result is very careful execution of not-so-radical themes.” Supex wasn’t game, but they didn’t flat-out turn Jonathan down. That would’ve run counter to the Japanese business culture, which strives to accommodate every customer and partner request. Instead, Supex opined that Jonathan’s ideas would be “difficult” to implement. That meant “no.” Thus, Lyra had no choice but to take manufacturing in-house.

Much of that work was—and still is—carried out by IT Industry. The small manufacturing firm, tucked away on a residential street just outside downtown Tokyo, fabricates Lyra parts and bodies, and does some sub-assembly. As I entered the plant’s unassuming door, I expected an ultra-modern manufacturing facility. Instead, what I encountered was decidedly old-school. Most of the work at IT Industry is done by hand, with machines in a supporting role. Workers, many of them obviously employees of long standing, clearly consider themselves craftsmen.

The Japanese are meticulous, precise, and group-oriented.

The result is very careful execution of not-so-radical themes. The concept of cartridge building as craft is taken to the extreme in Lyra’s final assembly process. As with other Japanese crafts, from sushi preparation to bonsai pruning to tea ceremonies, Lyra’s final assembly is meticulous and personal. The work is carried out by a single man, the nearly mystical Yoshinori Mishima. Mishima-san adjusts and voices every single cartridge Lyra builds. If he gets a cold, production halts for a week to ten days. That’s a price Lyra is happy to pay for the results it attains.

Over a post-tour lunch with Stig and Jonathan, the conversation veered once again to Japan’s relationship with the West. Stig explained that the country’s defeat in World War II was followed by a national adulation of all things American. Combine that with a reverence for long-lived brands, and it’s easy to understand the popularity in Japan of iconic American companies like McIntosh, Western Electric, JBL, and Altec Lansing.

I also learned that Japan has a vital live music scene. Tokyo alone boasts no fewer than seven symphony orchestras—all thriving. Jazz and blues clubs are also extremely popular. I was beginning to appreciate how much the country cherishes music, and I realized that a high proportion of its citizens must know what the real thing sounds like. Perhaps this is one reason why the Japanese are among the world’s most avid consumers of high-end audio gear.

I came away from my visit with Stig and Jonathan impressed that, through respect and deference, they had been able to integrate themselves and their new ideas into Japan’s old-school cartridge community. Proof of their success in that regard came one year during a boron shortage, which brought stylus assembly to a standstill. Benz Micro’s Japanese distributor came to the rescue, playfully sending Jonathan a supply of boron—in a pizza box.