Helmut Brinkmann didn’t have a choice: with the introduction of the better LaGrange turntable his old battleship Balance should have been history. But then requests for the Balance started coming from the US and the designer de-cided to revise his oldie, fortunately for us. 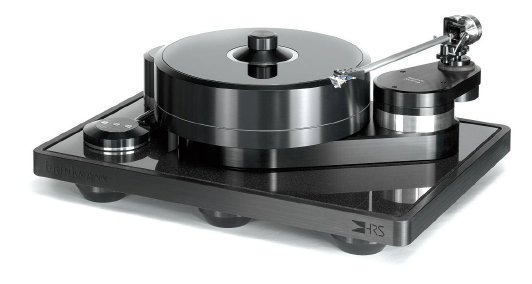 Paul McCartney likes to tell the story of the creation of his song “Yesterday”. Allegedly, he dreamt of the melody in a Parisian hotel, but he thought that it was already a well known tune. So he sang it to several people and since he didn’t have lyrics yet, he used the words “Scrambled eggs, my baby, how I love your legs”. If this story holds true, then it took him several weeks before he had written the lyrics for the song and one of the most touching evergreens was born. I would like to shout at our speed obsessed, fast moving world: Hey, why not design it like Paul McCartney with ”Yesterday”, just think a few weeks before you make the next step. Or let things just rest for a while, it might be to your advantage.

Helmut Brinkmann definitely thought things through and gave them enough time to mature. The designer of the legendary Audiolabor Konstant turntable, that was laun-ched 1980, had planned in 2007 to discontinue his Balance ‘table that had been in production since 1984. In es-sence, it should have been replaced by the follow-up hit, the superior La Grange. To be honest, I never was a great fan of the Audiolabor Konstant. The rhythmical flow and finer play of musical colours of suspended turnta-ble competitors like Linn, Goldmund or Versa Dynamics were much more to my liking. Similarly, but on a hig-her level I felt the same about the ol-der version of the Balance turntable. The build quality had always been an example of exceptional machining quality, but at the same time I found the musical impression a bit lame and too tame for my tastes. Sure, it could exert great force; but to swing, fire instruments with inner dynamics and sensitivity and merge them all together into a flowing ensemble, was never the stronghold of the original Balance. Consequently, my curiosity couldn’t have been greater when Brinkmann launched the LaGrange in 2007 to succeed the Balance.