Munich - Although the cancellation of Munich High End 2020 came as a great disappointment to us, we’ve actually found a Silver Lining: Helmut’s efforts to make the NEW “Voltaire” ISS (Integrated Sound System) a masterpiece continue and we would not have had a finished unit to demonstrate at Munich. Our founder is now cloistered in his lab making painstaking design and component decisions, so we’re hoping to demo Voltaire at late-2020 shows. Voltaire will be worth the wait…promise! 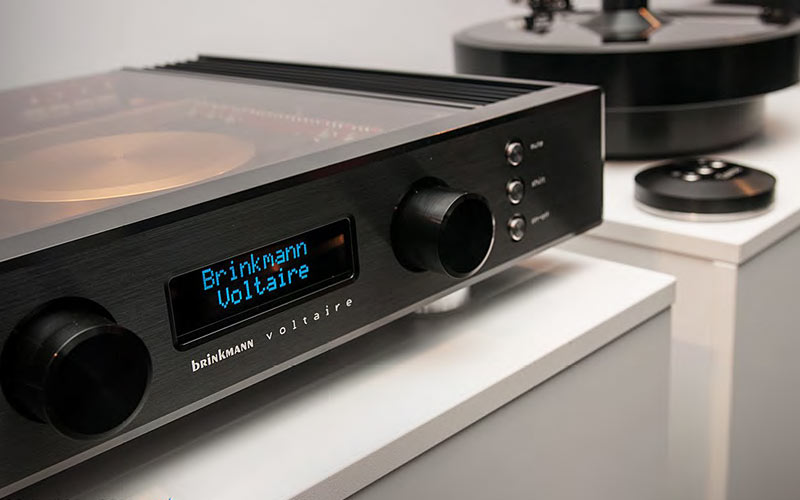 Raves For A Full Brinkmann System 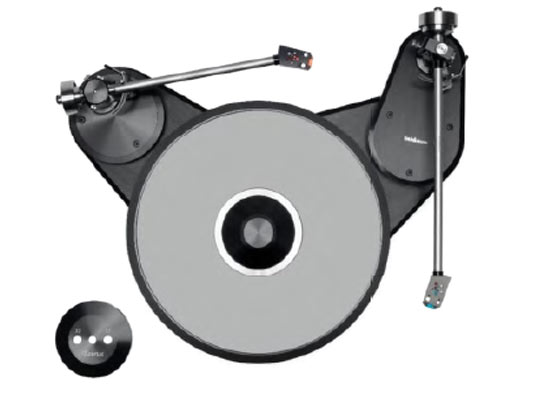 In the January, 2020 issue of The Absolute Sound, Jacob Heilbrunn tests a Brinkmann Edison Mk II Phono Preamplifier, Nyquist Mk II DAC and Marconi Mk II Line Preamplifier …and loves them! Even though our Brinkmann components cost a small fraction of the components to which Jacob compares them, he found the Brinkmann system a match for the world’s most expensive gear, concluding, “It represents formidable German engineering allied to a profound sense of musicality that will be difficult for most listeners to resist.” Thanks, Jacob: we couldn’t agree more!

In New York, over a decade ago, I first came across the Brinkmann Balanced turntable. It was hooked up to a tube power supply—an act of dedication that inspired confidence in the company’s mission to extract the very best possible sound from vinyl records. It remains the only turntable I’ve seen that was powered by tubes.

Helmut Brinkmann’s eponymous company is probably best known for its turntable line, but it has produced a variety of front-end equipment for several decades. Now this German company is mounting a fresh effort to make a mark in that sphere with a passel of new products, including its Nyquist DAC Mk II, Edison Mk II phonostage and Marconi Mk II linestage—all of which, incidentally, contain new old stock Telefunken PCF-803 tubes that were originally used in color television sets back in the 1960s. Brinkmann rates them as having a life expectancy of around twenty years. Brinkmann’s gregarious American representative, Anthony Chiarella, dropped off all three of the Brinkmann units at my house and listened to them for an afternoon before leaving them with me for review.

I wasn’t sure what to expect from the Brinkmann gear, but I did know that the company’s emphasis on tubes is very much a good thing. I’ve heard a lot of solid-state equipment in recent years, but have never been fully convinced that it can quite attain the ethereal regions that tubes seem to reach and deliver. There is a certain nuance and alacrity, transparency and silkiness, that tubes offer. Don’t get me wrong: Solid-state keeps getting better almost every day in every way. But as with vinyl, the case for using tubes isn’t going away. If anything, it’s getting stronger. 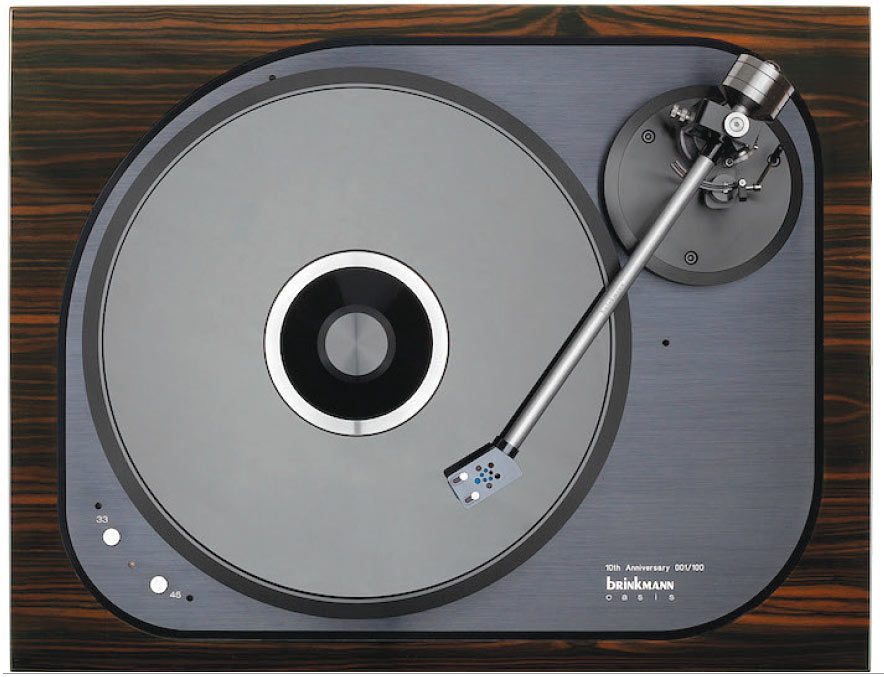 Introduced in 2007, Oasis was Brinkmann’s first Direct Drive Turntable, as well as the first Brinkmann to use the proprietary “Sinus” motor technology. In Brinkmann's never-ending search to improve sound quality, they evaluated different types of drive mechanism as well other alternatives.

In the end, Brinkmann decided to develop there own proprietary drive mechanism, which drives the platter directly. The drive mechanism consists of a ring-shaped permanent magnet contained in the platter's bearing and four air-cored inductors on the Oasis's chassis plate. These inductors are adjusted and driven with utmost precision to different phase angles. Thus, the ensuing magnetic field rotates the platter.